A dam holding back waste water from an iron ore mine in Brazil that is owned by Vale and BHP Billiton burst on Thursday, devastating a nearby town with mudslides and leaving officials in the remote region scrambling to assess casualties. 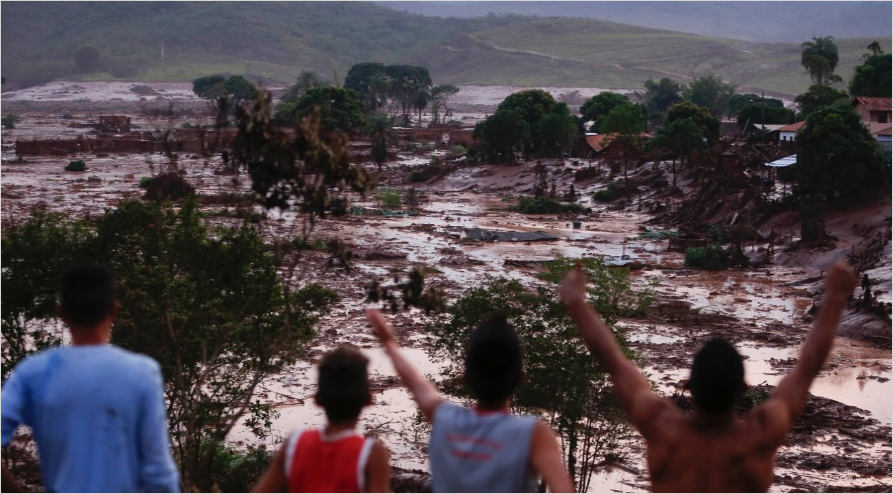 The mining company Samarco, a joint venture between top iron ore miners Brazil’s Vale and Australia’s BHP, said in a statement it had not yet determined why the dam burst or the extent of the disaster at its Germano mine near the town of Mariana in Minas Gerais, south eastern Brazil.

Civil defense authorities in Mariana said they were evacuating about 600 people to higher ground from the village of Bento Rodrigues, where television footage showed dozens of homes destroyed by the mudslide. A car rested on top of a wall where the roof of a building had been ripped off.

They said the flood had also reached another village further down the hill, called Paracatú de Baixo, and that inhabitants there were being evacuated.

The dam was holding tailings, a mining waste product of metal filings, water and occasionally chemicals. It was located near the Gualaxo do Norte river, adding to fears of potential water contamination.

The G1 news service of the Globo Media group reported that between 15 and 16 people died and 45 others were missing, citing the local union.

Civil defense authorities could not confirm casualties and said numbers reported in Brazilian media were speculative. A city hall official confirmed one death and 16 injuries, adding that dozens more were missing.

At a news conference in Melbourne, Australia, BHP Billiton’s chief executive, Andrew Mackenzie, said a full assessment of casualties and damage was being hampered by darkness.

“Most of what happened there has been under the cloak of darkness,” he told reporters. “At daybreak, clearly we will do an awful lot more and give you further updates.”

Rescue crews continued to search the muddy waters after nightfall.

Brazilian army units nearby stood ready to help the search and rescue effort and the minister of national integration, Gilberto Occhi, planned to visit the state on Friday to provide assistance, according to a note from the presidency.

Miners are struggling amid a collapse in prices of iron ore and other commodities due to concerns about demand from China, the world’s top consumer of industrial raw materials.

Samarco produces about 30 million tonnes per year of iron ore, just under 10 percent of Brazil’s output. Iron ore is transported down a slurry pipe from Germano to Espirito Santo, where it is turned into pellets.